Last update Jan. 26, 2013
This site is a constant work in progress. Hope you find it useful.
HERE ARE SOME MISC ITEMS FOR YOUR INFORMATION


This is an example of a forgery, notice design difference and has only single verticle columns from the Jarvis 3p design. 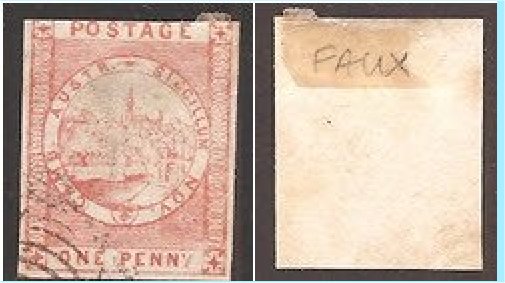 This is an example of a forgery essay. Notice the brick and mortor pattern in the upper and lower spandrils.


This is an example of another forgery. Notice that the Maltese Cross does not align to the center of the T.

Here is an example of a forgery. 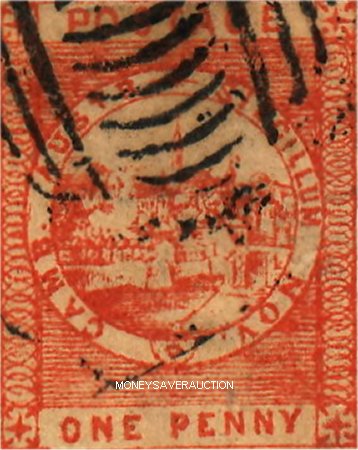 Another example of a forgery. Notice the position of the Maltese Cross, between the T and A.


A SUCKER BORN EVERY MINUTE

A listing on Ebay by sibir2007.
This is how sibir2007 described this fuzzy photocopy, or whatever it was
1850+ MINT SYDNEY VIEW with clouds. NICE IMPERF with 4 margins. CV> $6,145.00. Excellent Condition UNHINGED/NO GUM. GREAT INVESTMENT.

He was advised by several members he was selling a crude forgery, and as usual with these con-men, proceeded with the sale regardless.
Thankfully we have experienced collector, exhibitor and judge David Benson (found on Stampboards) to help detect such forgeries.


from the "The Carl Walske Collection of Fakes and Forgeries"
First, a useful definition:
Forgery: a fraudulent imitation of a stamp.
Fake: a fake is a genuine stamp that has been tampered with ie: alteration of colour, perforation etc.

Although the stamp details are not clear, the cancellation mark is and can be used as a guide
The George Kirk Jeffryes forgeries are engraved and dangerous, but they do not show the plating characteristics. They were printed in pairs. According to 'Philatelic Forgers, their Lives and Works' by Varro E. Tyler they exist either cancelled with the Sydney barred cancellation or uncancelled, or numeral cancels:


This is an example of a double print 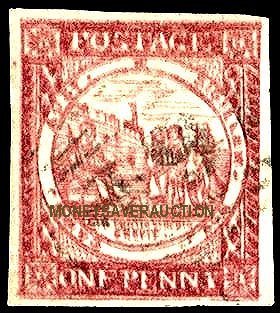 This reproduction of plate1, pos18 was sold at the Sydney SYDPEX in 1980 with the imitation postmark.
Notice something missing in the skyline ? (church steeple) 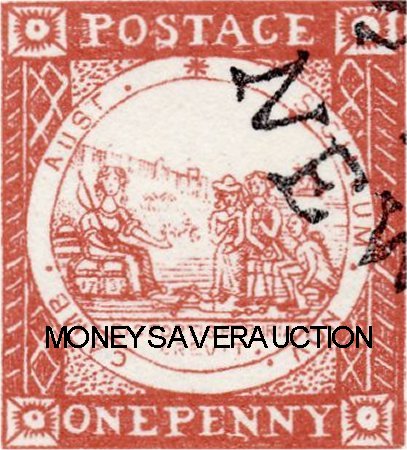 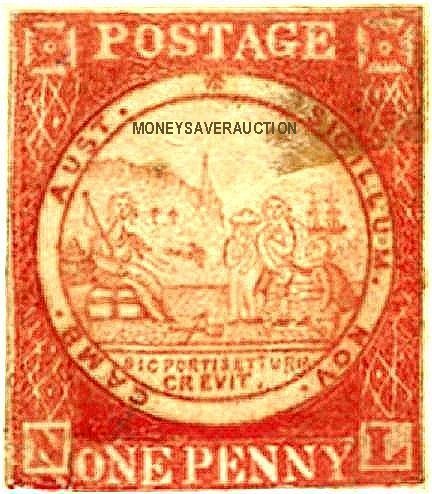 This plate II block of 9 (real or fake?
Mouseover for magnifying glass 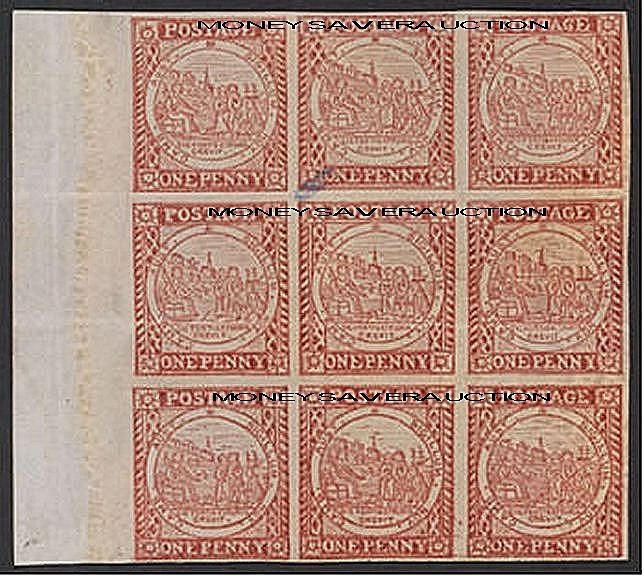 Variations of the ink mix, and depth of the impression causes loss of details in the following computer generated examples.


So if you had a stamp that was missing the buildings, making this a extremley rare variety and valuable
but because of the ink and impression variations, you would not be able to detect this error.


Just for fun, can you spot the 12 differences between the 2 un-modified stamps?

I hope this site has given you more knowledge about the varieties of this stamp, and your feedback is welcomed.
All Page Structures and concepts copyright © March 2012

Proof images from Hutson and Hull with the assistance of the Royal Philatelic Society of Victoria, Ashburton.